Today you Google and get just about everything
written about anything

There were consumer magazines for men, women, teens, and young children, such as those above. There were magazines devoted to specific interests such as sports, fashion, health and homes. Magazines such as Life, The New Yorker, The Ladies Home Journal. They were sold at newsstands or you could subscribe to them.

Specialized magazines — the Trade Press — were published for business owners, manufacturers and professionals. They were usually made available without subscription by a process called “controlled circulation.”

Larger companies published so-called house organs that ranged from simple newsletters to glossy magazines. They were directed to employees, clients, or groups from within that company’s supply chain.

All of these publications — and newspapers — were made possible by printing companies with their  compositors, typesetters, engravers, stereo and matrix makers.

Many of periodicals and newspapers of the 20th century are gone completely while some are attempting to survive on the internet. Google “What’s Happening with Print Consumer Magazines?” to link many links on the topic.

Read all about it! Newspapers are disappearing!

This advertising is classified 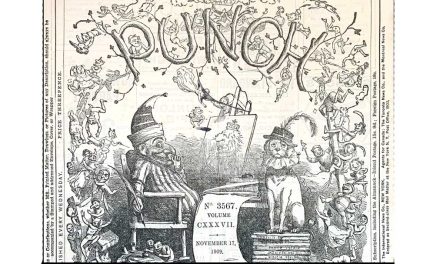 Punch was published for 150 years